“I’m kind of shocked you did this experiment on your students,” Steve Rolston, chair of the physics department at the University of Maryland, stated during a talk with the creators of machine-learning system GRADE. “You seem to have built a model that builds in whatever bias your committee had in 2013 and you’ve been using it ever since.” Rolston’s comment was cited in a recent article from Inside Higher Ed exploring bias among admissions algorithms and the University of Texas’s decision to stop using the controversial system to determine admission to its computer science Ph.D. program.

GRADE was created by a UT faculty member and a computer science grad student to save the admissions department time by awarding each application to the Ph.D. program a score. However, the school failed to audit or update the program, resulting in its consideration of today’s candidates through a 2013 lens.

While UT reports each application given a GRADE score during the seven years the program was in use was reviewed by a committee member, the platform — and the biases it likely introduced to the admissions process — was declared damaging by many within the higher-ed community.

Bias is a big issue as AI becomes a more prominent tool among admissions and enrollment teams who opt to use technology to grow applications and save time and money. A recent piece by The Hechinger Report explored the question of bias in AI from admissions to grading and teaching.  Element451 and its Bolt technology, which allows schools to predict things like likeliness to enroll, based on a prospective student’s interactions with a school’s digital communications and website, are cited alongside many other platforms looking to open the path to admission to demographics left out in the past.

Specifically, some of today’s algorithms are working toward addressing the question of bias.

“Most techniques today focus on the historical data that looks at the student in terms of demographics such as gender, age, and financial need,” said JC Bonilla, Chief Analytics Officer and head of intelligent admissions at Element451. “Segmentation at this level does not showcase student intent.”

Expanding pathways for non-traditional or first-generation students has become increasingly important, as has diversifying student populations. Often the journeys of those students look much different from an analytics and human standpoint. However, historical and machine bias is built into the very algorithms being used by higher-ed institutions across the country.

Bonilla cites the fact that most prospective students’ journeys are non-linear, making funnel stages complicated to manage, whether that relates to an admitted student who returns to program discovery and considers a different major or a prospective student taking a gap year after applying to a program.

“We need tools and technology that allow us to model students who jump stages, or go back to stage. In other words, we need to be able to handle non-linear paths for prospective students,” said Bonilla.

The key is assuming that each student's journey is unique.

Technology built to estimate all stages of the enrollment process assumes that a student can look-back a few stages at some point to make a future decision, for one example. Meanwhile,  AI solutions like behavioral analytics, session-based models, and student activities can help admissions teams detect a “hidden” student while acknowledging a unique student journey.

Southern Missouri State University has been working to make its school more accessible to a wider range of students in a multitude of ways, including eliminating the need for a prospect to submit an essay, resume, or letter of recommendation.

“If a student meets the test optional GPA and core curriculum requirements, we offer them access to higher education at Southern Missouri State University,” said Lenell Hahn, Director of Admissions.

“It is so important to us that a student is not intimidated by the process, the process is not the barrier keeping them from pursuing a college degree and they can do everything with ease from a cell phone,” said Hahn.

Recently, the school has eliminated its application fee to further break down barriers to access. Hahn added that the school was able to further leverage Element451, which it uses across admissions and other departments, to automate its admissions decisions because of the ease with which students can apply.

“Using Element451 has supported our goal of reaching underrepresented students by enhancing how we communicate opportunities and simplifying the process of how a student applies and is accepted to Southeast,” said Hahn.

Note: This post is sponsored by our friends at Element451. It was originally published on the Element451 blog.

Each week, The Enrollify Podcast equips you with insights into how the latest trends in marketing and technology are affecting enrollment managers. Every episode is designed to inspire new, creative ideas for how to optimize the resources you have to generate the results you need. 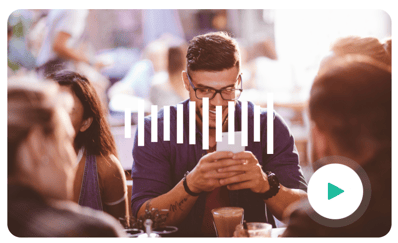